Raw vs JPegs vs Lenses 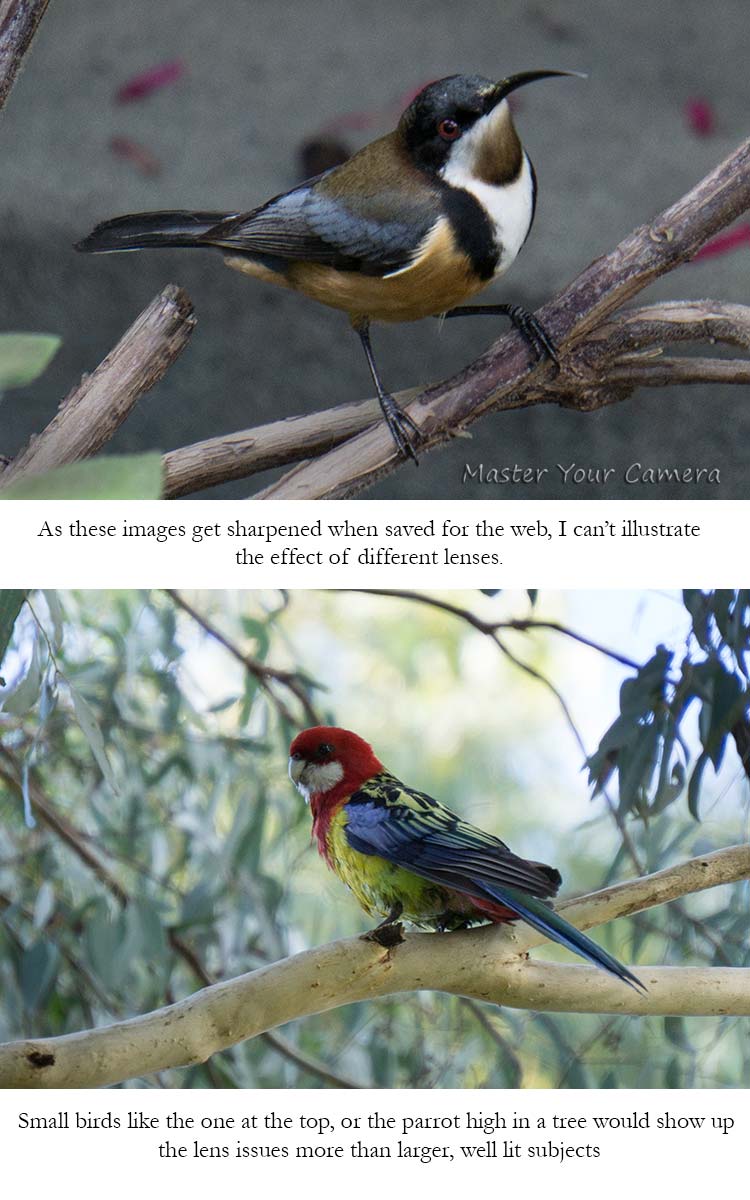 Raw vs JPegs vs Lenses
I made an interesting discovery the other day. It is not always better to shoot Raw!!
I have been a Raw convert for many years now because there is more detail stored in the Raw file than in a JPeg, and you can non destructively edit it afterwards.
The dilemma I found was when I used a kit lens with my Sony A 6000. When I first used this particular lens, shooting JPegs, I found it very sharp and bright. Later, I thought the lens had deteriorated somewhat and when I photographed the tiny bird above, I was disappointed with the sharpness of the bird (I know I got it right!). So I did some thinking and remembering of some articles I had read.

The Reason
Some modern cameras use some very powerful Algorithms to sharpen images and correct lens aberrations of kit lenses and some other low cost, lenses to keep the price and weight down among other things. These Algorithms can only be applied when using JPegs. Hence my early photos were great when I used JPegs and when I swapped to Raw the 'punch' wasn't there.
Trying to Sharpen them in Post Production helped but didn't match the targeted effect from in camera.
This problem does not occur with my high grade lenses - they are as sharp as a tack and have exceptional resolution and colour tone.

Conclusion
If you are using kit lenses on modern cameras and wish to start using Raw - shoot both JPeg and Raw together and compare your images after you have done your Raw processing. They might show a difference, they may not. If you know what is causing the effects, you can then make informed choices.

A licentiate is a person who has a formal attestation of professional competence, borne from experience, to not only practice a profession, but also to teach, educate and mentor others in the profession.